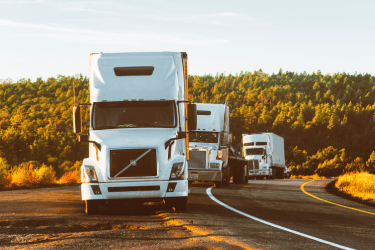 An Oregon-based trucking company has agreed to settle with a group of California truck drivers for over $1.5 million as a result of a class-action wage lawsuit. Our employment attorneys in Orange County have learned that the lawsuit against Reddaway Trucking was filed by more than 1,000 commercial drivers and the company–owned by YRC Worldwide–agreed to the settlement on April 12, 2019.

Saul Montes and Mario Barrios filed the lawsuit in November, 2017, on behalf of themselves and 1,170 other individuals who drove for Reddaway. The suit was filed in the Central District of California. The lawsuit alleged that California’s state wage and hour laws were violated when drivers were not paid in a timely manner and expenses were not reimbursed. It also claimed that drivers were forced to skip meal breaks and that their itemized wage statements were not provided by the company.

In some cases, an “on duty” meal break is permitted if the employee’s work duties are such that prevent him or her from being entirely relieved of job related tasks for that period of time. However, written consent must be obtained from the employee, and drivers involved in the lawsuit claimed that they never gave Reddaway such consent. The law allows the drivers to recover one hour of pay for all days during which a meal break was denied. Similar California laws and compensation guidelines also apply to rest breaks.

Additionally, the lawsuit alleges that Reddaway did not reimburse employees for the company-mandated, work related use of their personal cell phones. Drivers also claim that the company did not keep appropriate, itemized time records showing when they started and ended each shift, including split shift intervals, meal periods, and total daily hours worked. Reddaway is also accused of reporting total hours inaccurately and failing to show all reimbursements and deductions. California law states that each driver may be awarded up to $4,000 for the violations involving record-keeping.

Finally, some drivers who quit or had their employment terminated by the company claim they either received due wages late or not at all. According to state law, any compensation due must be paid immediately to employees who are terminated. Those who voluntarily sever their employment must receive due wages within 72 hours of their last day worked. If a 72 hour or greater advance notice is given to the company that the employee is leaving, the company must pay all wages due on that person’s last day of work.

If you believe that your employer has forced you to skip meal and rest breaks, or has failed to pay you due wages, we urge you to contact our employment law attorneys in Orange County.  We often hear from employees who weren’t aware that their rights were being violated for several months – or even years. Our employment attorneys specialize in helping people recover the wages they earned, but never received. Call us today to discuss your case. (949) 629-2519