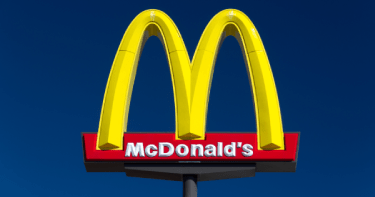 For the third consecutive year, McDonald’s Corporation must respond to allegations of widespread sexual harassment of female workers by male managers and coworkers. Protests concerning low wages began over seven years ago, but the workers have now added sexual harassment and discrimination to their list of workplace grievances. Last week, sexual harassment complaints were filed by 25 workers with assistance from the labor group Fight for $15, and the sexual harassment attorneys of the Time’s Up Legal Defense Fund. The claims allege a broad range of incidents including groping, lewd comments, and retaliation by management.

Over the past three years, McDonald’s has had more than 50 complaints about various types of harassment in the workplace. Sexual Harassment attorney, Eve Cervantes, who is representing one of the women, stated that some of the alleged victims were as young as sixteen. Three of the complaints were filed as civil rights lawsuits.

The complaints of sexual harassment and gender-based discrimination specifically included requests for sex, indecent exposure, inappropriate touching, and retaliation for reporting such conduct. In one complaint, Jamelia Fairley, a Florida employee alleged that for several months she was sexually harassed at the McDonald’s where she was employed. Her allegations included hearing lewd comments made about her daughter, who was only a year old at the time. Fairley alleges that her hours were reduced after the harassment was reported.

Another worker, Kimberly Lawson, expressed a desire to see McDonald’s recognize a union, which would assist employees to address issues such as sexual harassment, workplace violence, and low pay. Lawson filed a complaint last year with the Equal Employment Opportunity Commission–EEOC–alleging that she was groped by a coworker, but that her manager began to sexually harass her as well, after ignoring her complaint.

A McDonald’s spokeswoman declined to comment on Lawson’s filings with the EEOC; however, Steve Easterbrook, the company’s CEO, stated that McDonald’s is dedicated to ensuring that workers can enjoy a harassment-free and bias-free workplace.

Actress Padma Lakshmi and other high-profile activists joined an employee protest in Chicago. In addition, an open letter was sent to Easterbrook from Time’s Up concerning sexual misconduct and harassment in the McDonald’s workplace. The company will be faced with activist pressure from within and without at its upcoming shareholders meeting, and tensions are rising. Fight for $15, a higher wages advocacy group, is pinning its actions to the event, although the group cannot be present during the meeting, which is an investors-only gathering. In some cities where rallies were held about the company’s handling of harassment complaints, protesters were joined by Democratic presidential hopefuls.

The incidents are alleged to have taken place at franchise and corporate stores in 20 cities, with some workers contacting sexual harassment attorneys to handle their suits. The company promised more action in the future to ensure a safe, harassment-free workplace in all its locations.