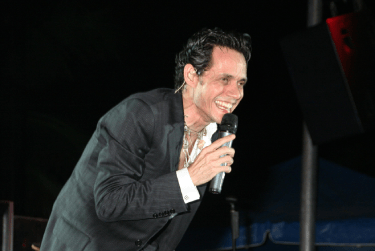 According to a lawsuit filed by Concetta Graziosi in Brooklyn Federal Court, Latin music superstar, Marc Anthony, failed to pay his long-term housekeeper approximately $500,000.00 in unpaid wages. The former housekeeper was responsible for various duties, including cleaning the 10,000 square foot Long Island mansion in which Mr. Anthony resided in with his then-wife, Jennifer Lopez, and their children.

Ms. Graziosi began working for the music star in 2005 and remained employed until 2017, when the Brookville home was sold. Ms. Graziosi alleged that Mr. Anthony forced her to work as many as 80 hours each week, but never paid her the required overtime wages. According to Court papers, Ms. Graziosi stated that at times she was not even paid minimum wage, but rather was given $2,000.00 every other week, regardless of the number of work hours she logged. The lawsuit also alleged that Ms. Graziosi sometimes had to work seven days a week and at times, was not paid at all. In addition, she stated that she never received paid vacation time.

Mr. Anthony also allegedly deducted a processing fee from Ms. Graziosi’s paychecks, which she received via direct deposit. In addition, the lawsuit alleges that Ms. Graziosi sometimes bought groceries for the household on her way to work, but was not given compensation. Jonathan Bell, Ms. Graziosi’s employment law attorney, stated that she was terminated just prior to the Brookville home being sold in 2017 for $4.5 million, and that his client was clearly taken advantage of.

After months of negotiations between the employment attorneys, a deal was finally reached. Mr. Anthony agreed to pay his ex-housekeeper approximately $500,000.00. The lawsuit was settled in private mediation, but the singer has not yet commented about the matter. Mr. Anthony and Ms. Lopez divorced in 2014, and Ms. Lopez was not named in the suit. Representatives for the singer did not immediately return requests for comment.