Employment attorneys in Orange County are following the story of the termination of Amy Palcic, the former Vice President of Communications for the NFL’s Houston Texans. Palcic referred to her termination as “humiliating,” and this is only the latest in a series of baffling moves made by The Texans, who are becoming known for off and on abrupt changes, as exemplified by the firing of Palcic.

Franchise Altering Moves Made Since October

ESPN’s Adam Schefter said the Texans terminated Palcic for a lack of “cultural fit.” It may not come as a surprise to some people, however, as the Texans have made headlines for a series of franchise altering moves since October. The most notable of these was the alarming lack of return on a trade for DeAndre Hopkins, an All-Pro receiver. This move, among other head scratching decisions lead to the termination of longtime general manager and coach Bill O’Brien just four games into the current season.  While the termination itself was somewhat expected, the Texans again surprised the sports world with its timing. 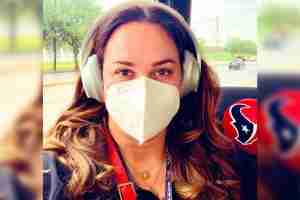 Palcic has hired Joseph Ahmad, a lawyer in Houston who has made only one statement so far, in which he confirmed that Palcic retained his services. Many employment attorneys specialize in wrongful termination, gender discrimination, and similar work-related issues that involve unethical or illegal action by a person’s employer.

Ahmad is a lawyer to many executives and has tried numerous cases involving employment issues and breach-of-employment contracts. Palcic may indeed have a contract that was breached. She may also have engaged in protected activity, such as voicing concerns about specific comments made in the workplace by management or raising objections about certain practices which could lead to claims of retaliation.

Regardless of the legal theory, the case could ultimately hinge on whether or not he could poke holes in the “cultural fit” explanation given by the Texans. In other words, if the stated reason for Palcic’s termination can be proven incorrect or baseless, it would suggest that it was merely a cover for a different reason that is in violation of the law.

In the days before her firing, Palcic re-tweeted criticism of members of Donald Trump’s staff and tweeted her support of Vice President-elect Kamala Harris, but there is no direct evidence that Palcic was fired because of these actions.

As legal matters go, the termination of the former VP of communications may not be a case for discrimination attorneys and may not be actionable, depending on a broad range of circumstances. It could possibly be disregarded as an inconsequential, organizational change, but all this remains to be seen. Either way, few would argue that Palcic was loved and respected by many of her colleagues, and that the Texans may once again be cast in a terrible light for this decision. 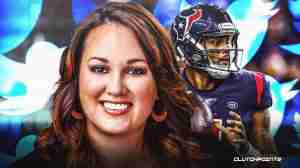 In 2017, Palcic won the Pete Rozelle Award, bestowed by the Pro Football Writers of America. Her staff won the 2017 Rozelle Award as well, which is given to the best public relations team in the NFL. In 2019, Palcic was named as one of Houston Business Journal’s “Women Who Mean Business” and included on the WISE “Women of Inspiration” list. WISE is an acronym for the organization “Women in Sports and Events.”  Many predict Palcic will land on her feet, regardless of how her story with the Texans ultimately ends.