FACT: Both California and Federal law expressly prohibit harassment in the workplace. 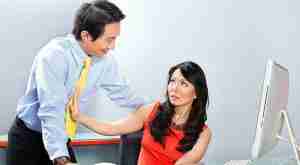 Harassment focuses on how employees are treated in the workplace while interacting with supervisors, coworkers, and even third parties.  Our Orange County harassment attorneys have seen unlawful workplace harassment occur in a variety of circumstances, but it must always be based on a protected characteristic, basic examples of which are gender, age, sexual orientation/sexual preference, or religion.  The types of conduct that often lead to unlawful harassment are slurs, offensive jokes, references or pictures, unwanted advances, touching, assaults or threats, derogatory comments or name-calling, and intimidation.

When this conduct becomes so severe or pervasive that it creates a “hostile work environment,” an employer may be found liable under FEHA. There is also an additional type of sex harassment called “quid pro quo.”  This occurs when an employer or supervisor requires an employee to engage in sexual conduct if the employee wants additional employment or job benefits (such as promotions or job security). If you’ve experienced this type of harassment, we recommend contacting an employment attorney as soon as possible.

Under California law, the following protected characteristics regularly give rise to unlawful harassment:

An employer cannot treat you differently because of your race.  An example of unlawful harassment based on race would be a supervisor calling an employee an “old man” who “needs to retire” while constantly degrading and criticizing the employee because the employee was old, while not applying the same standards or conduct to younger employees.

While there can be some overlap between race, color, national origin, and ancestry discrimination, they are not all the same.  Employers also cannot discriminate against or harass employees based on their color.  For example, if an employer consistently shows a preference for “lighter-skinned” employees and treats them more favorable, it could constitute unlawful harassment.

National Origin (including language use restrictions) and Ancestry

An employer cannot treat an employee differently because of their country of origin or ancestry.

An example would be if an employer consistently treats a group of employees who have ancestry in Venezuela poorly because of that ancestry.  National origin discrimination may also be present where an employer has policies preventing employees from using other languages in the workplace without a business necessity.

It is unlawful for an employee to be subject to harassment because they suffer from a disability or medical condition.  This includes mental disabilities as well.  Under California law, a physical disability can be any physiological disease, disorder, condition, cosmetic disfigurement, or anatomical loss that does both of the following: (a) Affects one or more of the following body systems: neurological, immunological, musculoskeletal, special sense organs, respiratory, including speech organs, cardiovascular, reproductive, digestive, genitourinary, hemic and lymphatic, skin, and endocrine; and (b) limits a major life activity.  Similarly a “medical condition” to mean either: (a) any health impairment related to or associated with a diagnosis of cancer or a record or history of cancer; or (b) genetic characteristics, meaning any scientifically or medically identifiable gene or chromosome, or combination or alteration thereof, or inherited characteristic, that is known to be a cause of a disease or disorder in a person or his or her offspring, or that is determined to be associated with a statistically increased risk of development of a disease or disorder, and that is presently not associated with any symptoms of any disease or disorder.

An employer cannot treat employees differently because of his or her marital status, meaning if an employee is married, widowed, divorced, single or unmarried with a same-sex or opposite-sex partner, and the employer.  Examples of situations where harassment based on marital status may occur includes comments or actions by the employer regarding marital status or the ability to devote time to work because of that.

Pregnant women cannot be subject to harassment based on their pregnancy or related or incidental conditions they experience during the course of their pregnancy.  For example, an employer cannot routinely criticize an employee for attending doctor’s appointments or taking lactation breaks.

Harassment based on gender identity and expression is increasing in prevalence.  Employees who identify as a particular gender cannot be treated differently, criticized or made fun of because of their identification.  If this rises to the consistency of being severe or pervasive, it can constitute unlawful harassment.

Examples of age harassment include telling individuals over the age of forty (40) that the “move too slow,” “cannot learn anything new,” “need to retire,” “cannot related to the new generation” or are simply “too old.” Comments couples with other issues such as exclusions from company activities can constitute age harassment.

If you believe you have been subject to any of the circumstances listed above, we urge you to contact a harassment attorney in Orange County immediately.