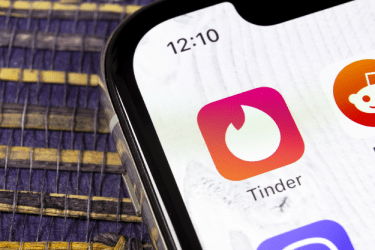 Our employment law attorneys recently heard about the story of Ms. Rosette Pambakian, who filed a lawsuit against the parent companies behind Tinder and its former Chief Executive Officer, Gregory Blatt. Ms. Pambakian formerly served as the company’s VP of communications, and alleges in her lawsuit that she was fired in retaliation for bringing forth sexual assault allegations against Blatt.

The Blast obtained court documents that outlined Ms. Pambakian’s claims that she was harassed and assaulted in December, 2016 at the company’s holiday party. Ms. Pambakian alleges that Blatt approached her at the party and made a series of lewd remarks and inappropriate sexual advances.

Ms. Pambakian states that following Blatt’s advances, she left the party with friends, only to have Blatt show up to their hotel room at approximately 2 a.m., at which point Ms. Pambakian claims she was sexually assaulted.

Following the alleged assault, Ms. Pambakian said she told then-Chairman and former Tinder CEO, Sean Rad, about what happened. However, she states that the company ignored damning facts, never interviewed key witnesses, and failed to conduct a meaningful investigation because they were afraid to “risk their bottom line.”

Ms. Pambakian states she was put on administrative leave and in the course of time, was unjustifiably terminated. She is now suing for wrongful termination and retaliation, gender violence, sexual battery and negligence, for which she is seeking unspecified damages.

A representative for the Match Group, Tinder’s parent company, stated that they cannot comment on the lawsuit because they have not yet seen it. They did, however, forward a letter that was previously sent to Ms. Pambakian from their Chief Executive Officer, Mandy Ginsberg.

The letter, Ms. Ginsberg stated that Pambakian was not terminated due to reporting Blatt for sexual harassment, because no such report was ever made. Ms. Ginsburg further stated that although she was not the CEO at the time of the alleged incident, she had knowledge of Ms. Pambakian being interviewed on several occasions during which she made no accusations of sexual harassment. Tinder has declined to comment on the suit.