DOCTOR WHO Actor Accused of of Sexual Harassment on Set

The Guardian recently reported that the Noel Clarke saga is continuing at a rapid pace. Over 20 women have accused the British actor and screenwriter of bullying and sexual harassment dating back to 2004. Some of the most recent claims came from women who had worked on the set of the Doctor Who show from 2004 to 2019 and include sexual comments on the set, inappropriate touching, and bullying and aggressive behavior when his advances were not received well. Clarke played the role of Mickey Smith, a vehicle technician, in the series from 2005 to 2010.

Clarke has never changed his position.  In a letter released by his sexual-harassment attorney, Clarke continues to zealously refute all allegations of wrongdoing, including any type of bullying or aggressive behavior.  In a somewhat contradictory statement, he also said that he plans to seek professional help for his behavior.

Two weeks before Clarke was to receive a British Academy of Film and Television Arts (“BAFTA”) for Outstanding British Contribution to Cinema, multiple anonymous tips were received from the BBC from women alleging assault and sexual harassment in various ways, and in different professional settings. Since then, continuous allegations are being made, including statements made by crew members of the Doctor Who show who claim that Clarke has a history of this type of behavior. 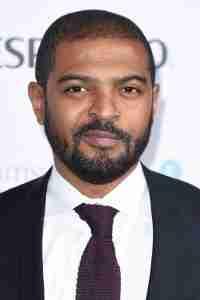 During all the drama, sexual-harassment attorneys have discovered that another cast member of the show, actor John Barrowman, was also accused of harassing coworkers on two separate occasions during productions. Several coworkers claim Barrowman exposed himself to them during production. The report on Barrowman characterizes the incidents as “inappropriate pranks,” as opposed to sexually aggressive behavior. Barrowman himself described them in a statement as “tomfoolery” and insisted that his actions were never meant to be seen as sexual in nature. He also said he had no knowledge of the allegations against Clarke.

After the first accusations were made last week against Clarke, a video surfaced that showed him exchanging jokes with Barrowman concerning inappropriate conduct in the workplace.

BAFTA Had Prior Knowledge of Accusations

The original report established that BAFTA was aware of the sexual harassment allegations before they recently bestowed the award on Clarke. However, the organization said that they took no action because evidence was lacking and there was nothing to prompt their own investigation.

The BBC expressed their shock at the allegations and said that all of them will be investigated. They also encouraged any witnesses to speak to them concerning any type of inappropriate behavior they may have witnessed. The accusations against Clarke prompted 900 people to sign a letter demanding culture change in the workplace, and accusing the industry of turning a blind eye to harassers and predators who operate in plain view.

It is not yet known if the allegations against Clarke will be substantiated, or if any cases will go to trial. Anyone who has experienced sexual harassment in the workplace should contact an employment attorney in Orange County for professional advice.