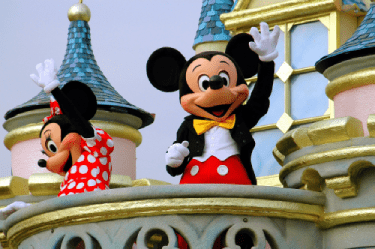 The Plaintiffs, LaRonda Rasmussen, who worked as a manager in Disney’s product development department, and Karen Moore, who works as a senior copyright administrator, both allege they were paid significantly less than their male colleagues who performed substantially similar work.

For example, In Rasmussen’s case, she claims Disney paid her male colleagues between $16,000.00 and $40,000.00 more than her per year at various points throughout her career. Both Plaintiffs claim Disney discriminates against its female employees, paying women tens of thousands of dollars less than males who perform the same or substantially similar work.

Rasmussen and Moore claim this pattern of pay inequity is a result of Disney’s policies, practices and procedures. In addition to monetary damages, the suit seeks an injunction prohibiting Disney from engaging in such practices and an order requiring Disney to initiate and implement a program that will address these practices and eliminate them going forward.

Rasmussen and Moore are pursuing their claims as a class action on behalf of “all women employed in California by The Walt Disney Company in the Walt Disney Studios business segments” beginning in April 2015 until the disposition of the case. Disney is not alone in facing allegations of unequal pay. Several other organizations have been accused of similar pay disparity practices including Oracle and Nike.
It is no surprise Rasmussen and Moore are pursuing their claims under California’s Equal Pay Act, as it is one of the most expansive laws prohibiting discrimination in gender pay. While the federal Equal Pay Act of 1964 prohibits unequal pay based on sex, it looks at employees who perform essentially the same job and who work under similar working conditions.

If you believe you are being paid less than your colleagues who perform substantially similar work based on your gender, race or ethnicity, you should speak with an Employment Attorney experienced in Equal Pay matters.
Our employment attorneys in Orange County have extensive experience in handling Equal Pay and discrimination claims on behalf of employees. Ares Law Group, P.C. attorneys also offer a unique perspective with their collective of 30 years experiencing in employment law.