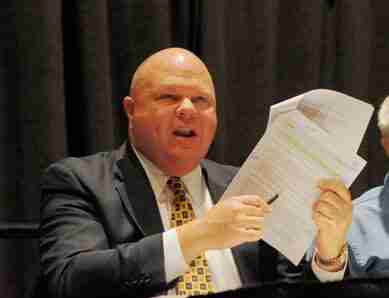 Orange County employment attorneys have learned that a former high-ranking supervisor at a District Attorney’s Office suddenly left his position in December 2020 after harassment charges were filed against him: Gary Logalbo allegedly made racist comments, and three female employees accused him of sexual harassment.

The three female prosecutors accused Logalbo of continuous harassment consisting of inappropriate comments and suggestions. They made these accusations and filed claims against Logalbo, current district attorney Todd Spitzer, and the county itself. Logalbo was recently promoted to a high-ranking position, and his duties included overseeing prosecution operations at various court houses in the county.

Allegations of Sexual Harassment Date Back to 2019

The internal complaints, which typically form the basis for harassment lawsuits, were filed in January anonymously, and the individuals are seeking damages for sexual harassment that they allege took place since 2019. One claimant said that when she leaned over to plug a cord into an electrical outlet, Logalbo took a picture of her buttocks with his cell phone, stating that he would save it for “later use.” He was also accused of making a racist remark that targeted a deputy public defender whose name was of Middle Eastern ethnicity. It was said that he referred to the man as a terrorist.

The three women alleging sexual harassment claim they delayed reporting the conduct because Logalbo appeared to have “best friend” status with Spitzer, who acknowledged the connection but claimed the two were not as close as suggested. Spitzer stated that he immediately took action as soon as he was aware of the allegations, and began an investigation. In an email to the Orange County Register, Spitzer referred to the specifics of the claims as “beyond disturbing” and “reprehensible.” However, he maintained that he had no knowledge of the allegations until the complaints were filed.

Logalbo was given the senior assistant district attorney position in September 2020, and his promotion became effective on November 13, 2020. Shortly thereafter, on December 11, 2020,  Logalbo abruptly resigned.

Some of the women accused Logalbo of doing things like knocking on the closed office doors of women and asking “are you naked?” Other allegations included him sneaking up on female subordinates and placing a cold soda can against their bare necks or backs. One woman alleged that Logalbo threatened to “spank” a female attorney, and told another he wanted to wear her panties like a hat on his head. Still another claimant accused Logalbo of attempting to adjust the back label of her sports bra that was presumably sticking out, as she prepared for a workout. She claimed that he tried it again later, but she ducked away.

Attorney Matt Murphy, former homicide prosecutor and now a private attorney, filed the documents for the case. Murphy said the report stated that other high-level prosecutors were witnesses to certain episodes of harassment, but that they took no action to stop the conduct.

Spitzer told the Orange County Register that he took action as soon as the problem was brought to light and provided a timeline to the newspaper. Ultimately, Logalbo was placed on paid leave on December 11, 2020, but resigned the same day. The Register was unable to reach Logalbo for comment. 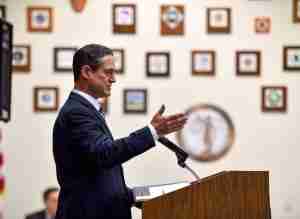 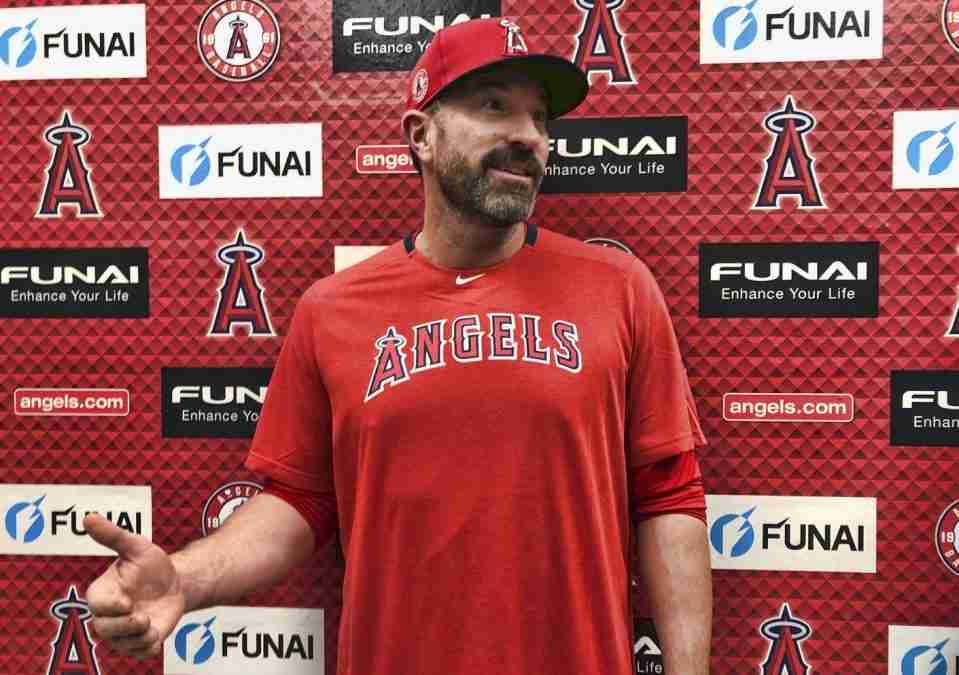 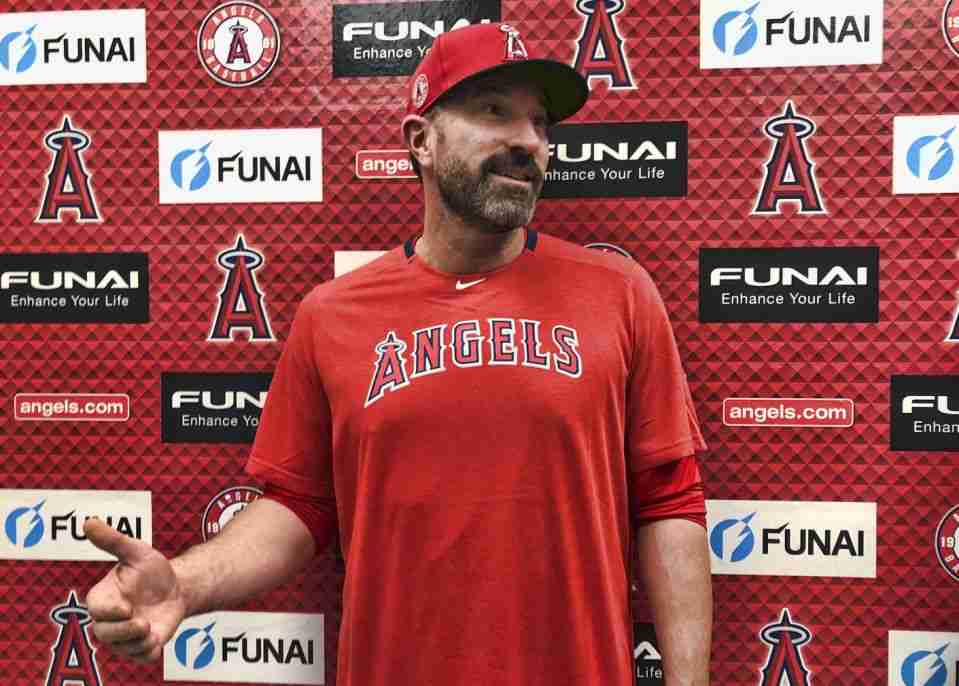 The Athletic published a story on Monday in which five female journalists accused Callaway of a broad range of inappropriate behavior, from continuous lewd text messages to sharing shirtless photos and requesting explicit photos back from the women he was texting. He reportedly also offered to share baseball related information if a woman “got drunk” with him. These incidents allegedly took place when he was manager of the New York Mets.

Callaway was suspended by the Los Angeles Angels on Tuesday, and Marie Garvey, spokesperson for the team, said they plan to work with Major League Baseball in an ongoing investigation. She stated that the reported behavior violates the values and policies of the Angels Organization. MLB stated that they never knew about any accusations against Callaway.

An anonymous accuser told The Athletic that Callaway was constantly preying on women, and certain people described his behavior as an open secret within the game. Nevertheless, it appears that Callaway rarely had trouble finding desirable jobs in his field.

According to Yahoo News, Sandy Alderson, Mets’ General Manager, stated that he was appalled when he first heard about the allegations and said he was not aware of this pattern of behavior, nor had he previously heard of any of the conduct described by the five journalists.

He stated that a review of their current hiring process is underway to make sure that a more comprehensive and thorough vetting of new employees is done in the future. Callaway, who may decide to seek the advice of an employment attorney in Orange County or elsewhere, stated that his conduct was not intended to be disrespectful, and that the relationships he was engaged in were consensual. The former pitching coach is married with children and stated that his wife had been made aware of the journalists’ accusations. 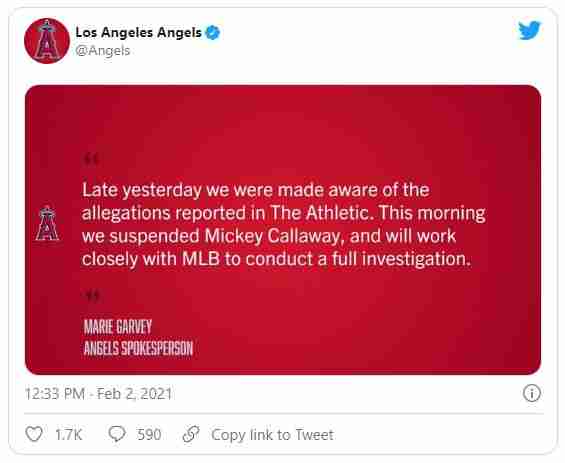 The five women did not say whether or not they had hired a sexual harassment attorney, but two of them indicated that they were warned in advance about Callaway’s behavior by people who worked in baseball, as well as by some of their colleagues in the media world.

Callaway was not the only Mets’ high ranking employee to find himself accused of sexual harassment in recent months.  As Yahoo News reported, Jared Porter was fired by the New York Mets on January 19 after the release of an ESPN report in which he was accused of aggressively harassing a foreign reporter with explicit photos and unwanted advances. He was fired only 37 days after being hired.

It remains to be seen if Callaway will be charged with any type of sexual harassment, or what the accusations will mean for his career in the future.