Uber Technologies Inc. is indebted to the State of New Jersey for approximately $650 million for disability and unemployment insurance taxes. The New Jersey Department of Labor and Workforce 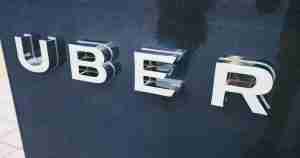 Development said that the money owed is based on Uber’s misclassification of employees as independent contractors.

Uber, along with its subsidiary, Rasier LLC, was given a past-due tax assessment of $523 million, which covers taxes from 2015 to the present. According to additional documents, the rideshare companies may also be obligated to pay up to $119 million in penalties and interest on the four-year-long tax bill.

Uber spokesperson Alix Anfang told Bloomberg Law that this determination was incorrect and that the companies are planning to fight it because in New Jersey, and elsewhere, drivers are independent contractors.

At this point, New Jersey’s determination is limited to disability and unemployment insurance; however, it could also mean that eventually rideshare drivers would have to be paid at the state’s minimum wage rate and receive applicable overtime pay. According to Bloomberg Intelligence, if companies such as Lyft and Uber are forced to recategorize their drivers as employees, the cost of rides could increase by over 20 percent.

Lobbying in New York and California

These controversies mark the most recent attacks on the business model for rideshare companies, virtually all of which treat drivers as independent contractors, not employees. When working as self-employed contractors, individuals do not qualify for certain benefits, such as the aforementioned disability and unemployment insurance. Lyft and Uber have now pledged $30 million apiece to challenge new legislation in California that is expected to force such companies to recognize drivers as employees. Additionally, lawmakers in New York are preparing for a similar battle after the New Year.

California has effectively legislated to force Uber and Lyft to classify drivers as employees rather than independent contractors.  This will undoubtedly be a hotly contested issue in the California Court system until, more likely than not, the California Supreme Court has the final say.

The New Jersey Labor Department dispatched surveys to drivers working for Uber and Lyft over the past year, requesting information concerning their tax status and classification. Each year, the Labor Department audits approximately one percent of employers to screen for possible misclassification of workers.

As of Oct. 23, 2019, the State of New Jersey has discovered that 65 drivers who declared Lyft, Uber, or Rasier as their employer on claim forms are actually company employees, and therefore eligible to apply for various unemployment benefits.

No Action Planned at the Federal Level

The National Labor Relations Board and Federal Labor Department recently stated they are unlikely to pursue the rideshare companies for alleged misclassification. The decision was based on their opinion that contractors at an unnamed “virtual marketplace” are not employees because the business simply acts as a referral to link entrepreneurs with various opportunities. The Federal Labor Department said that this means Uber drivers are therefore independent contractors, thus excluding them from unemployment insurance, union benefits, and disability insurance.

However, the State of New Jersey requires a business to demonstrate that it does not control the work completed by the independent contractor and that the services provided are outside the scope of the company’s “usual course” of business. Otherwise, the drivers are considered employees by the state.

According to Bloomberg Law, certain New Jersey drivers said they prefer the flexibility of remaining independent contractors, as this means they can choose where and when to work. Worker advocates, on the other hand, are holding fast to their position that rideshare company owners are skirting their basic responsibilities by classifying such drivers as independent contractors rather than employees.

Uber fell to $25.99 per share, a decline of 2.7 percent, once the news of the disputed tax bill became public. Lyft’s shares fell 3.2 percent around the same time. As of December 2019, it is unclear whether a hearing has been scheduled, and it is also not known if Uber has paid any part of the tax bill that the State of New Jersey is demanding.

If you think you are being misclassified as an employee or independent contractor, call one of our employment attorneys in Orange County at Ares Law Group. Our number is 949-629-2519 and we would be happy to give you a free consultation regarding your situation.